My Kindle Scout campaign has been up-and-running for one week, and I have been blown away by the response so far. In addition to voting, so many of you have offered kind words about the cover, blurb, and sample chapters, and I have appreciated it. I've been working on this so long, trying to get it just right, and it makes me so happy to know that my efforts are working.

Thanks to all of you who visited the campaign and nominated What She Inherits! Due to your efforts, the book has been "hot and trending" since the day it launched!

So far, visits from people who found about my campaign on social media or my website account for slightly less than half of the total views. The rest are people who came to the Kindle Scout site, noticed my book in the listings, and viewed it.

As the week has gone on the ratio has began to gradually shift towards more views from within Kindle Scout than from external links, which is a sign of success. It means people who don't know me, who aren't my friends and family and Twitter followers, are taking an interest in the novel. Of course those people wouldn't have found the book at all if it weren't from traffic you all provided by visiting the page!

In the end the editors will decide whether or not to publish my book, but I can't help but feel cautiously optimistic. Even if Kindle Scout doesn't pick it, I can only consider the experience a success. I was honestly terrified to take on a public effort at getting a publishing contract. No one wants to risk public failure. Now, though, I realize that I have a lot of people in my corner, and that is the best sign of success I could ask for.

Just so you know, I cannot see who has nominated the book, so if you'd like me to know you've cast a vote, drop me a note or menion it on social media! 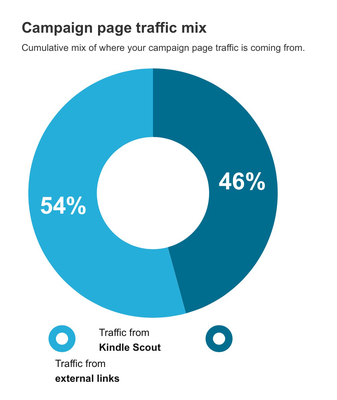 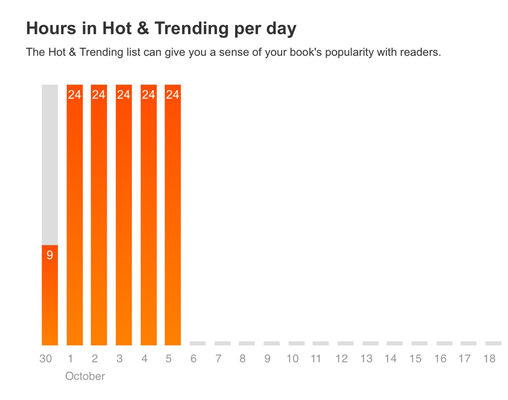