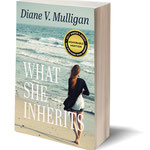 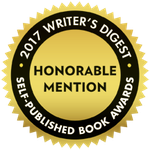 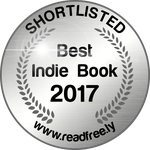 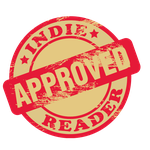 “What She Inherits is a ghost story that reminds us that not all secrets are better off buried. A perfect blend of mystery, longing, and coffee shop romance. You'll want to curl up with a cup of something hot and finish it in one sitting.”

~Stephanie Monahan, author of The Mean Girl Apologies and 33 Valentines

"We all inherit so much—both good and bad—from our families and [What She Inherits] does not shy away from meditating on the complexity of that inheritance. As you turn the pages, you can see a maturing author hitting her stride with this very entertaining and well-written novel."

"In all, What She Inherits is a successful, rich read of self-discovery, and interwoven narratives keep the pace quick and ever-shifting. Southern coastal scenes paint a rich landscape of rocks, ocean, trees, and natural surroundings which enhance the experience of these characters’ lives. Similarly, seances, mediums, and other mystical themes keep the story edgy and dark, building mystery and intrigue until the very end."

When Angela Ellis returns to her childhood home on St. Nabor Island, South Carolina, her junior year of college interrupted indefinitely by her mother’s death, she doesn’t know how she’ll ever be able to function in the world without her mother’s love, support, and guidance. Soon after her mother’s funeral, strange sounds begin to trouble her in the night, sounds she swears are her mother's angry voice. In an effort to find peace for herself and for her mother’s restless spirit, Angela begins a ghost hunt that makes her friends fear for her sanity and that leads her to more questions than answers. Her parents, it turns out, were extraordinary secret keepers, and now Angela is on her own to discover the truth.

One thousand miles away on Devil’s Back Island, Casey Seaver has built a sweet life for herself hidden away from the rest of the world in Maine’s Casco Bay.  She runs a small café and keeps to herself, rarely visiting the mainland. When a posthumous letter arrives from her estranged mother, old memories and new problems interrupt her island idyll.  For twenty years she has been trying to forget the mistakes and injustices of her youth, and she has nearly convinced herself she has succeeded, but her mother’s words shatter that illusion. As she tries ignore her mother’s dying wishes, a stranger arrives on the island, looking to bring Devil’s Back into the twenty-first century at last. If he has his way, Casey’s island haven will be a refuge no more.

As plans for a new resort on Devil’s Back spur Casey to move her life forward, Angela’s ghost investigation forces her to examine the past. Fate has put their lives on a collision course, and through each other, they will find the way through their grief.

To learn more, check out this interview at IndieReader.com

What Readers are Saying...

"There is an element of the ghost story to this, but it doesn’t play a large role in the proceedings... It isn’t a ghost story per se, so don’t think this is a supernatural thriller or fantasy book. It isn’t. Human drama is the strongest element of this book, and it works well because Mulligan has such good control of the plot and pacing, and has written interesting and believable characters."

"I enjoyed this story very much. The characters are very real and think and act like normal people when confronted by things they can't explain. "

"The characters are realistic and endearing. This would make a great book club book to share and discuss with friends."

Listen to Chapters 1 and 2 read by the talented Becket Royce.